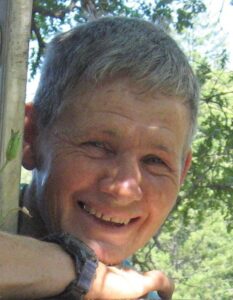 Mikaya Heart grew up in Scotland and lived in the outback of northern California for twenty years. Due to an abusive childhood, she developed a strong connection to nature which guided her future vocations and and gave her a deeper understanding of the truth. Despite the abuse she experienced, she is thankful for the lessons it taught her and for its influence on the future direction of her life.

Her passion for nature continued into adulthood and after initially enrolling at York University to study biology in 1970, she realized the detrimental effects of pollution on our environment and dropped out of academia, choosing to study organic farming instead. This spurred her on to focus her efforts on positive change for the planet, something which continues to drive her forward to this day.

Ms. Heart prides herself on teaching the art of being fully alive, which she describes as ‘allowing life-force energy to move freely through the body, thus establishing direct communication with the Soul’. Those who are able to achieve this gain a broader perspective on life and a clearer sensation of the unseen support that is always available to us.

Ms. Heart is a talented spiritual mentor, frequently referred to as an ‘inspiration’ and ‘an agent for change.’ Her aim is to empower individuals to reach their highest potential, moving beyond the social hurdles that keep them limited. She does this by individual counseling, group classes, and through various kind of ceremonies, including weddings and rites of passage.

After many years traveling worldwide, Ms. Heart currently resides in Hawaii where she offers work- and play-shops on transforming fear and embracing trust. Her courses focus on awakening the wisdom that is always within, helping students to broaden their perspectives on reality and to adjust the electro-magnetic grids of their bodies so that they are in full alignment with the planet.

Ms. Heart studied the work of Angeles Arrien in the early eighties, which helped her understand that there are many realms of existence beyond our planet, and she has been studying with Dayana Jon (iopeningnetwork.com) for the last three decades. Always on the cutting edge of radical thinking, she has enjoyed a number of different personas over the years, including a political activist, organic market gardener, Minister of Holistic Healing, shamanic worker, sexpert, public speaker, anarchist, and kitesurfing instructor. A documentary about her kitesurfing experiences is featured on Glamor Magazine’s website.

She is also an award-winning author, receiving a Golden Crown Literary Award for her memoir, My Sweet Wild Dance. She has been a guest on a number of radio shows, including Bonnie Coleen’s Seeing Beyond. She has written several books and articles about expanding our awareness of reality. Most recently, a volume of short stories about her travels, A Different Rhythm, was released in 2021.

After a hiatus of ten years. Ms. Heart is now offering counseling sessions online, with the intention of empowering individuals to utilize their creative power so that we can all manifest a kinder and gentler world. A documentary on her fascinating and eventful life is due to be released by Greenlight Books in the spring of 2023.